Put on your dancing shoes: We’re about to explore the world of odd time signatures! Expand your repertoire and your sense of rhythm with this course that will look at folk tunes in unusual rhythms, from Scotland to Eastern Europe, and see how they can help us improve our understanding of time, accents, and phrasing.

For guidance on course levels, how to access Zoom courses or anything else Festival-related, please visit our FAQs. 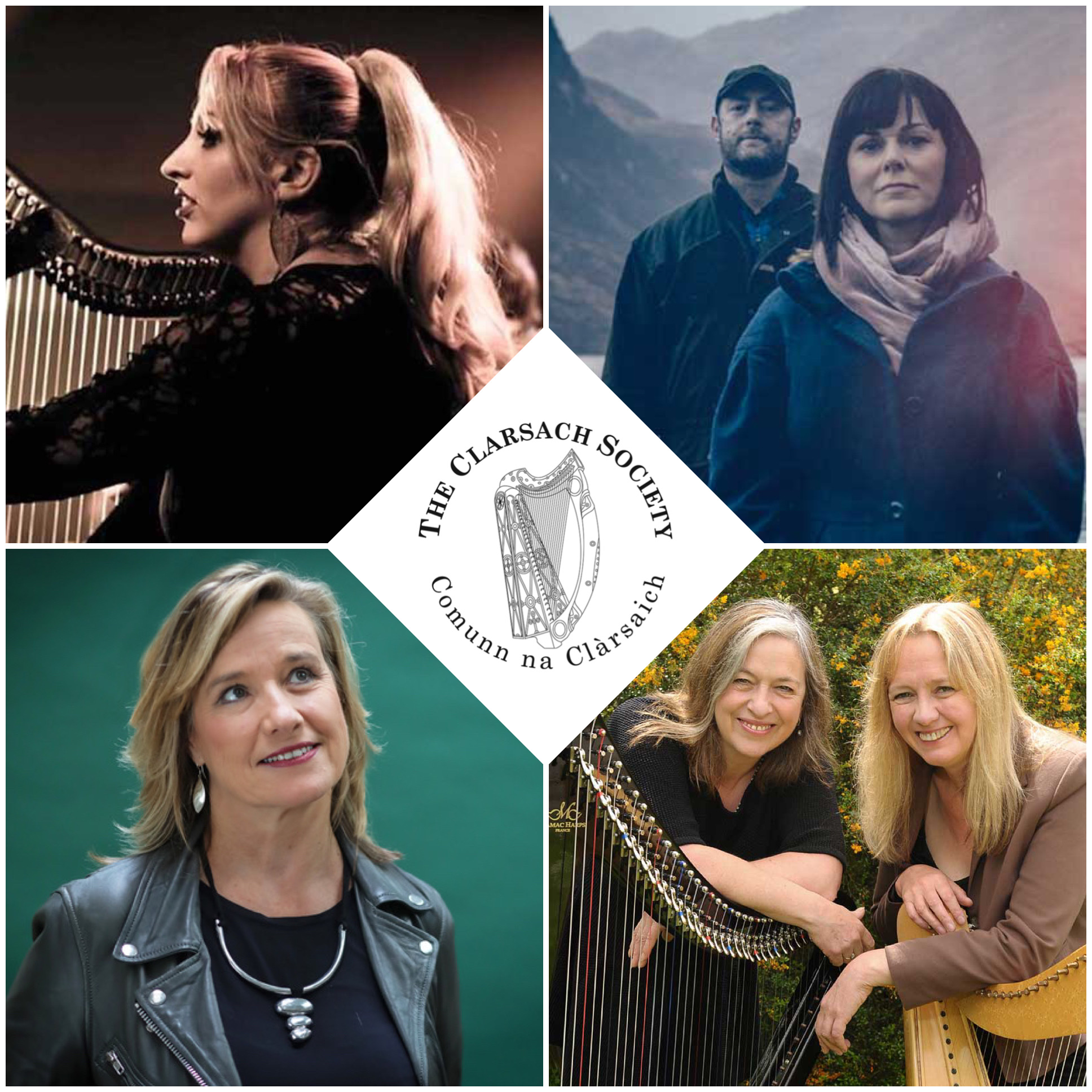 Ailie Robertson Ailie will present a programme drawn from her repertoire of favourite tunes from the Scottish and Irish traditions. She is also a prolific composer of highly original material, displaying “otherwise unimagined possibilities for the Celtic Harp“. Ingrid Henderson and Iain Macfarlane Together these musical stalwarts create a stunning sound, reflective of the beautiful, culture-rich West Highlands that continue to shape them. Based mainly on fiddle and harp they combine years of performing experience and a genuine love and understanding of the tradition to produce a sound which leaves you enriched and enlightened. They bring an absolute joy to their live performances, complementing each other’s musical attributes with intuitive musicality. Stories and anecdotes about the melodies and humorous recollections enhance MacFarlane & Henderson superbly fluent, always expressive and engaging music. “Always a treat for the ears and the soul” Maggie MacInnes Maggie will be performing much loved favourite songs from her vast repertoire in the many albums she has recorded over the years to celebrate this special 40th anniversary of the Harp Festival. A singer and clarsach player herself, she has travelled widely with her music and has been involved with many groups and projects. She composed music for Celtic Connections New Voices which led to a BBC eight part TV series and CD called Oran na Mna (a Woman’s Song). Her latest, and sixth solo album, Port Bàn, was released in January 2020 and is a tribute to her mother, Flora MacNeill. " raw heartfeltness that is nothing short of captivating” Sìleas (Mary Macmaster and Patsy Seddon) Mary and Patsy first met during a Clarsach Society summer school in 1977 and then again in 1981 in Edinburgh University’s Celtic Studies Department. They shared a love of Scottish and Gaelic music and song and began playing together, sparking off each other’s ideas and composing their own pieces to add to the rich seam of Scottish music. After graduating in 1985, they toured extensively, releasing several recordings as Sìleas and with the groups Clan Alba and The Poozies. In Sìleas, the intricacy of their interwoven harps is heard in its most pure and beautiful form alongside the magical harmonies of their Gaelic and Scots song. Over the last decades they have inspired many, taking the clarsach to places “it may never recover from”! Concert links will be emailed to you shortly before the Festival Harp to Harp pre-concert conversation 19:00-19:30 Music from 19:30, with 20-minute interval All concerts will be available to watch at your leisure until midnight on Monday 26th April Sat 10th April 2021, 11:45-12:45 Enter the world of electronics! Expand your harp sound world with pedals and plugins. Ailie will talk about the various possibilities for amplifying your instrument (acoustic harp and electric harp), and then demonstrate the sonic options open to you! We will talk about the pros and cons of using pedals vs laptops, and look at some tech options. For guidance on how to access Zoom workshops or anything else Festival-related, please visit our FAQs Zoom link and any necessary hand-outs will be emailed before the workshop This workshop will be recorded and available to view at your leisure until midnight on Monday 26th April. The recording link will be emailed to participants after the workshop has taken place. All participants will be muted and anyone not wishing to be seen on the recording should ensure their video is turned off Zoom sessions will begin 15 minutes before the advertised start time to allow for welcome and friendly chat, and to ensure all are ready to start on time